Often called the “T’ai Chi symbol,” the Yin/Yang symbol is made up of two fish-like shapes; one in black, the other in white. Each contains a small circle of the opposing colour.  This represents the two opposing, yet complementary forces. Together, these two fish-like shapes make up a circle, representing the balanced whole.

Simply, in T’ai Chi terms, it is the interface between Yin and Yang which underlies T’ai Chi practice. Given that the lines in the Yin/Yang circle are “never ending’ – so in T’ai Chi movement, students are looking to flow one posture seamlessly into the next. With this in mind, students should aim for their T’ai Chi practice to be performed as one slow, continuous movement. It is easy for beginners to move in a staccato fashion as they grapple with co-ordination, as they try to remember arm and leg movements. This gives way to a kind of “bouncing” from one posture to the next, particularly as students feel “I know this bit!” The trick is to use warm-up time to generate a calmer sense of purpose; slow down; and the during the T’ai Chi Form, to experiment with “flow” at the cusp of one movement and its development into the next.

There are no straight lines in the T’ai Chi symbol; the symbol flows in curved lines. During practice this means that we need to ensure that we maintain soft curves to the arms; not locking into either elbows or knees – in T’ai Chi we don’t “lock” into any joints. 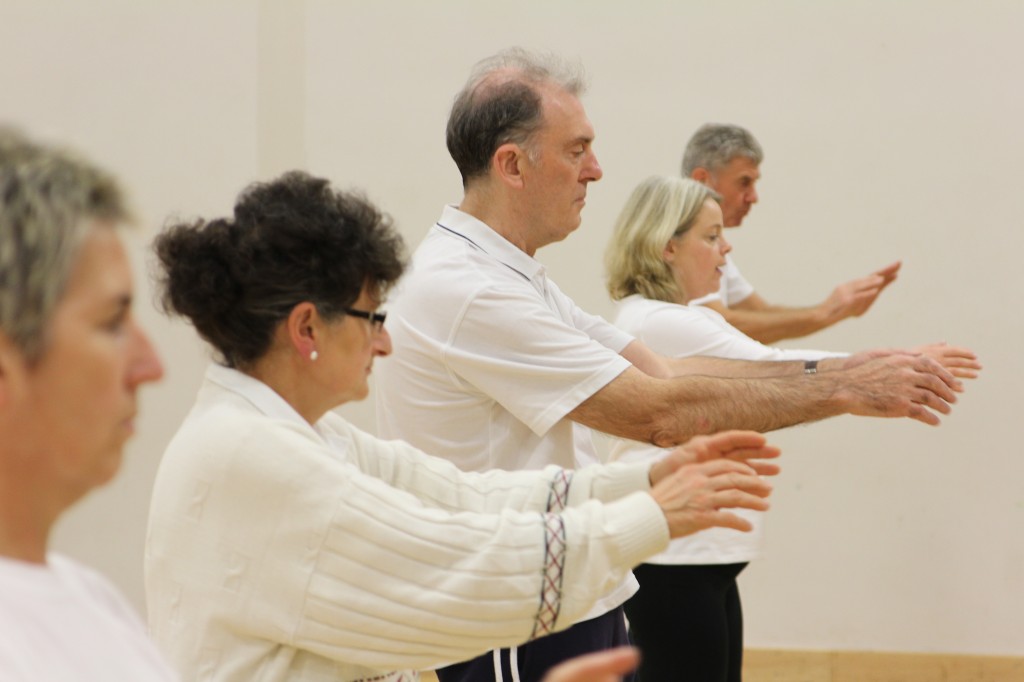 Soft curve into the elbows

If we take the interface between Yin and Yang (visually, this is the black against white); opposing forces enable movement, flow and change to happen, as each “becomes” the other. As weight creeps slowly into the right leg, there is a point at which the right leg becomes “full.”  In T’ai Chi it is only with the full leg that we can lift the “empty” left leg, and at the point of fullness, according the the Yin/Yang symbol, it already contains in it the seed of its opposite. As in the symbol, in T’ai Chi the movement between left and right; open and closed postures; the in- and the out-breath – all of these are in a state of constant change. This concept also includes the changes of the seasons; night follows day; the cycle of Life. 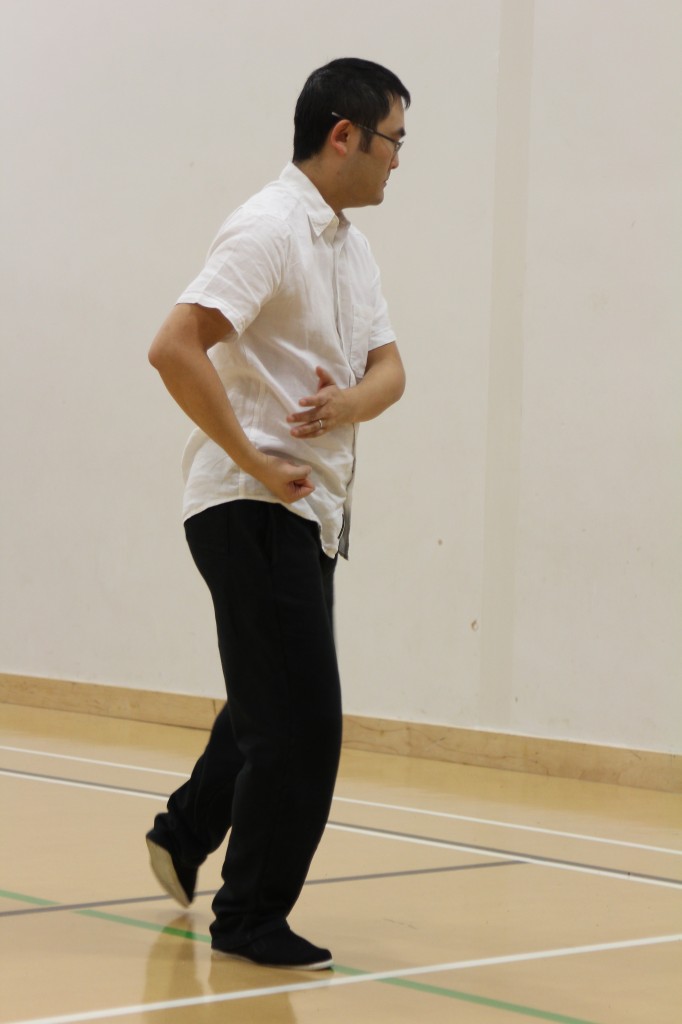 Full & empty legs; each contains the seed of its opposite

It is worth clarifying that all Yin and Yang qualities are defined by their relation to their opposing force;  and neither is able to exist on its own in isolation.

From traditional Chinese medicine, we learn that where the balance between Yin and Yang become out of kilter (excess of Yang / excess of Yin / deficiency of Yang/ deficiency of Yin), the body becomes compromised, giving rise to illness or disease. 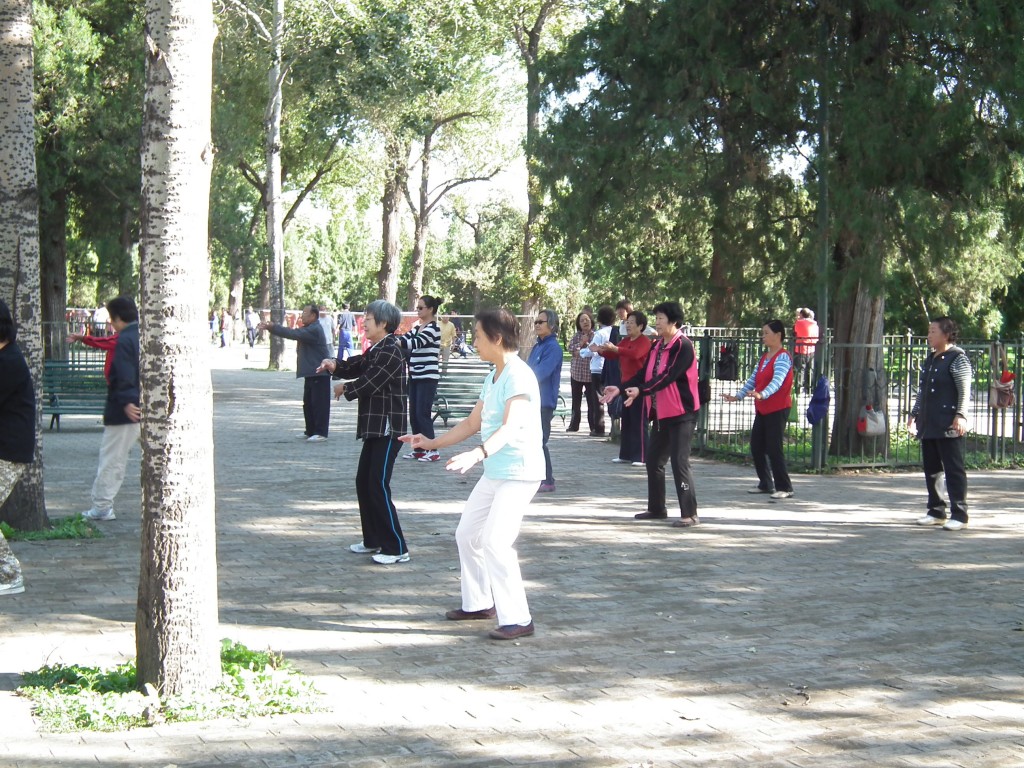